Find a specialist to make an appointment

Rehasport's management team is made up of leading medical and management professionals. The combination of these competences, experience in working with patients and running a business, makes it possible to create a world-class orthopaedic clinic.

Witold Dudziński
MD, PhD,
President of the Management Board 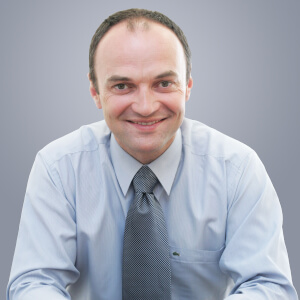 „Modern brain knowledge answers a number of questions about human response to stimuli and the principle of excitation of neuronal populations, which are ultimately manifested in behaviour, referred to as social... The people of Rehasport Clinic are the greatest asset of our Clinic and everyone without exception knows that their job is to help, always in the best way possible.” ”.

Doctor of Medicine, one of the co-founders and founders of Rehasport Clinic, President and Member of the Management Board of Rehasport since 2008, one of the best orthopaedic and rehabilitation clinics in the world, awarded the title - FIFA Medical Centre of Excellence by the International Federation of Football.

Since 2004 2004 the Doctor of the Olympic team of the Polish Sailing Association and participant of four olimpic campaigns. As a doctor, he was appointed to the Polish Olympic team in Beijing, London and Rio de Janeiro, and is currently preparing athletes for the Olympic Games in Tokyo. Co-author of four Olympic medals.

Born in 1970 in Poznań, he graduated from the 8th Liceum Ogólnokształcące im. in Poznań, and in 1997 he received his medical degree from the Faculty of Medicine of the Karol Marcinkowski University in Poznań . In 2000-2005 at the W. Dega Orthopaedic and Rehabilitation Clinical Hospital in Poznań, underwent a specialisation course in medical rehabilitation. Simultaneously, he did postgraduate studies in quality management in health care. In 2004-2006 he studied physiotherapy at the University of Physical Education in Poznań. He completed postgraduate studies at the International McKenzie Institute in mechanical diagnosis and treatment of spinal pain.

In 2006, he defended his doctoral thesis at the Faculty of Medicine of the Medical University of Poznan, obtaining the degree of Doctor of Medical Sciences.

In 2012, he founded the Rehasport Clinic Foundation, which aims to help patients, fund academic and sports scholarships, and finance research. One of the initiators of a quarterly scientific journal published jointly with the Polish Academy of Sciences - IRONS (Issue of Rehabilitation, Orthopaedics, Neurophysiology and Sport Promotion).

For years, he has skillfully combined medicine with his other many passion sailing. As a skipper he sailed Cadet and 470 class boats. He has won Polish Cups and medals at Polish and world championships in sailing and windsurfing.

Since 2017 he has been the President of the Board of the Polish Windsurfing Association, organiser of the first World and European Championships in the Formula Winsurfing Foil competition.

Manager of the Sports Commission of the Polish Sailing Association.

Member of the Tischner Prize Chapter, which promotes styles of thinking and attitudes that combine intellectual integrity, courage and sensitivity to the "face of the other".

Piotr Lach
Vice-President of the Management Board 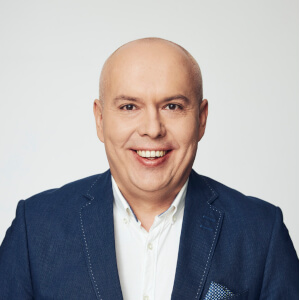 With Medicover Group since 1998, initially as an employee of the Finance Department. Among other things, he was responsible for financial planning and the acquisition of medical businesses. Between 2009 and 2018 he was a member of the Management Board of Damian Medical Centre, Medi Partner and other companies belonging to the Medicover Group. Vice President and Managing Director of Rehasport since 2018.

Przemysław Lubiatowski
Prof. MD, Ph.D.
Member of the Management Board 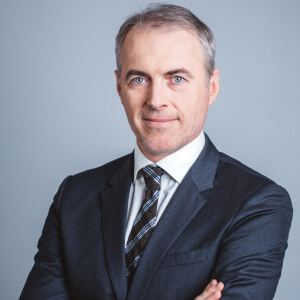 Physician, founder and medical director of Rehasport and member of the Board of Directors. He is the head of the Traumatology and Sports Biomechanics Laboratory in the Department of Traumatology, Orthopaedics and Hand Surgery at Poznań University of Medical Sciences. He also holds numerous positions in national and international organisations, among them: president of the Polish Shoulder and Elbow Society, board member of the European Society of Shoulder and Elbow Surgeons, corresponding member in the journal International Orthopaedics, member of the scientific network of the European Handball Federation, member of the editorial committee of EFORT Open Reviews.

Specialist fields of in orthopaedics and traumatology of the locomotor system. In his medical practice he specialises in the treatment of sports injuries, diagnosis and treatment of orthopaedic and post-traumatic conditions in the upper limb (shoulder, elbow and wrist arthroscopy, painful shoulder syndrome, habitual shoulder dislocation, rotator cuff injury, degenerative changes, etc.)

Marcin Łukasiewicz
Member of the Management Board 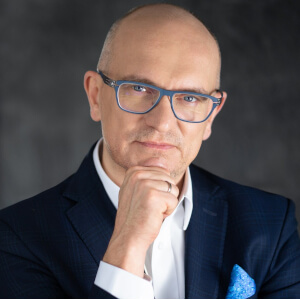 Marcin Łukasiewicz is a member of the Rehasport Management Board associated with the Medicover Group. He is currently responsible for hospital services at Medicover Hospital, Rehasport, as well as Damian Medical Centre, Medicover Senior and Neomedic Group.

Initially, he was involved in launching the operational and medical side of Medicover, built the Customer Service Department, served as Director of Occupational Medicine and Dentistry, and then as Hospital Project Director, Director of Development and Investment and Director of the Hospitals and FFS Area.

Tomasz Piontek
MD, Ph.D.
Member of the Management Board 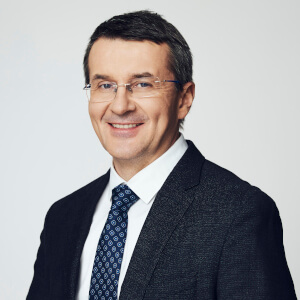 Tomasz Piontek is a specialist in orthopaedics and traumatology of the musculoskeletal system, especially in knee, hip, ankle and foot surgery and muscle injuries. He is an international trainer of surgical techniques for knee, ankle and hip arthroscopy and author of modern surgical techniques including articular cartilage regeneration (AMIC) and meniscus regeneration (AMMR).

He began his studies at the Faculty of Medicine in Warsaw, but ultimately his scientific career was associated with the Adam Mickiewicz Medical University in Poznan , where he also received his doctorate.

He has been with Rehasport since 2004. Member of the Polish Society of Orthopaedics and Traumatology and the Polish Arthroscopy Society, where he serves as vice-president. He is actively involved in international organisations such as:

Tomasz Piontek is an advocate and promoter of meniscus treatment. For more than 10 years he has been performing surgery with a collagen membrane, giving much better long-term results. He shares his knowledge, developed techniques and experience with hundreds of professionals from around the world at international conferences. In 2021, he took over as CEO of the newly founded SNACE arthroscopy school, a place where doctors of all levels of expertise can learn about innovative treatment methods and most importantly - receive practical training.

He has more than 40 scientific papers to his credit and has participated in almost 100 conferences.